A closer look at the origins of DASH

Part one of this two-part series covered an introduction to and overview of DASH. 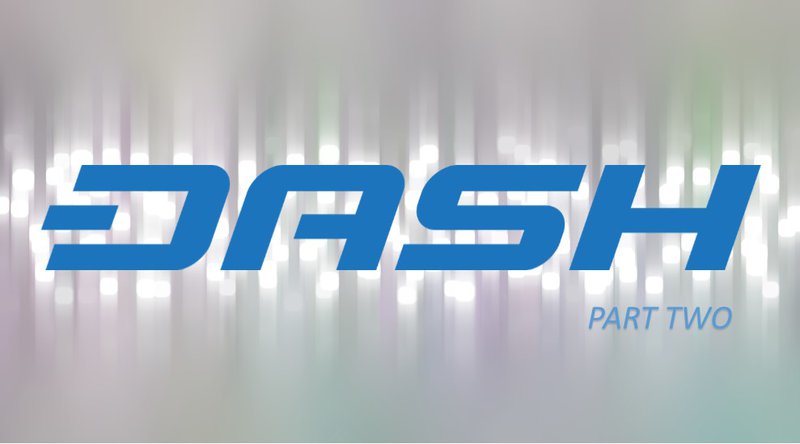 On March 29, 2014, Evan Duffield posted “the story of how Darkcoin came about” in hopes of providing clarification after controversy over the initial “instamine” of Darkcoin …

There was an error after initial launch, so a relaunch was announced. It is safe to assume that Duffield was mining without problems from the very start since he was able to offer a significantly large bounty of 5000 coins (with maximum block rewards being 500) for a Windows OS wallet within hours of launch. It is also hard to believe that one would have been unaware of the high emissions while actively mining it. If emissions weren’t high, where were all the coins coming from?

IP analysis shows that among the 124 initial “miners” for Darkcoin:

– 9 were other cloud hosting and dedicated servers

It is important to note that it is very easy for one person to set up multiple Amazon AWS and Microsoft Azure cloud instances. It is possible that one to five people could have been responsible for all 106 Amazon and Microsoft instances.

Shortly after the relaunch, people became aware that the emission for Darkcoin was significantly higher than originally stated. Based on Duffield’s belief that a completely fair start is a “requirement to create a healthy ecosystem,” it would be reasonable to consider this a big enough error to relaunch once again.

However, there was no relaunch despite the evident issues resulting from the massive instamine that created almost 2 million Darkcoin on the first day. The only potential benefit of an instamine is enriching whoever managed to partake in it. Although he states that they “didn’t even have a block explorer yet” it is possible to obtain information about coin supply without a block explorer. 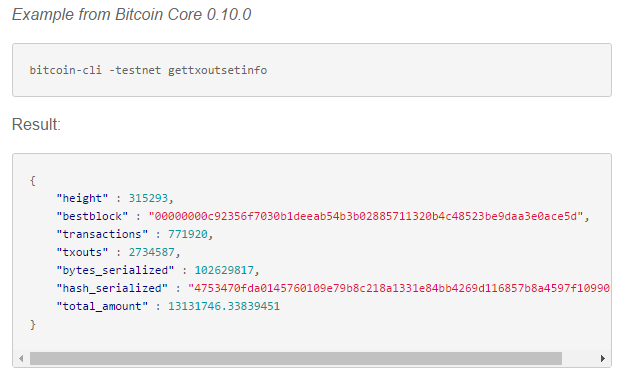 Duffield wrote: “Right after block 4500 is when I started working on DarkSend. I was trying to create a proof-of-concept and eventually I succeeded, I posted about it and the coin started to become more popular by the day. This is when the coin became a serious project of mine.”

Although Duffield claims that he began working on DarkSend after block 4500 and that Darkcoin became a serious project only after it continued to grow, this email sent on December 29, 2013, before Darkcoin was ever launched (January 2014), seems to indicate otherwise: 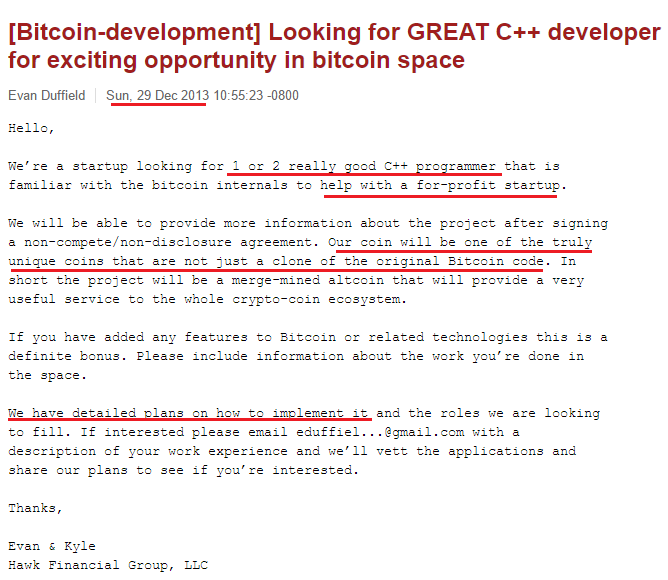 Notice the phrase “help with a for-profit startup.”

Given the nature of digital currency, the only way you can profit is typically through ownership of the coin (unless you ICO, crowdfund, etc.). This would mean that the only way Duffield and his team could potentially profit through Darkcoin would have been through ownership of it. This is suggestive and motive enough to continuously accumulate and maintain control over supply.

Duffield also wrote, “[T]he project will be a merge-mined altcoin that will provide a very useful service to the whole crypto-coin ecosystem” and “We have detailed plans on how to implement it.”

These phrases taken from the email further suggest that this project was planned and had a clear sense of direction before the coin was launched.

Why Is This a Problem?

Given that DASH is supposed to be a decentralized digital currency, there are obvious centralization concerns:

– Any services provided by masternodes (MNs) may be at risk if masternode ownership is centralized, especially privacy/anonymity features.

– Is a governance process even necessary if the majority of votes is potentially under the control of one entity?

– The success of DASH is highly centralized around a very small group of developers.

I have done analysis using the DASH coin emission schedule as reference to show the increasing rate of masternode and supply centralization.

Although there are no immediate dangers from the potential centralization concerns, if DASH continues to rise in valuation, these concerns will serve as an Achilles’ heel to DASH.

For more information and discussion regarding DASH, it is recommended that you view this video from @ToneVays and @FluffyPonyza

Thanks to user dnale0r for compiling much of this information in a very accessible manner and to Tone Vays and Riccardo Spagni for their discussions and helping to raise awareness about DASH’s origins.