Digital Cash (DASH) is a proof of work digital currency with self-governance and self-funding capabilities through the use of masternodes (MNs).

DASH has the following block-reward structure: 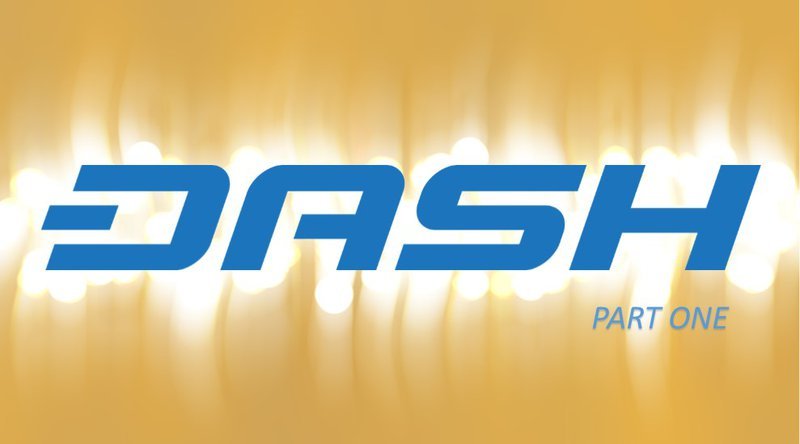 In order to setup a masternode, 1000 DASH is required as collateral. MNs help to secure the DASH network and allow for DASH users to send private transactions through PrviateSend (a form of coin mixing). MNs are also able to vote on how the Decentralized Governance Budget is used. 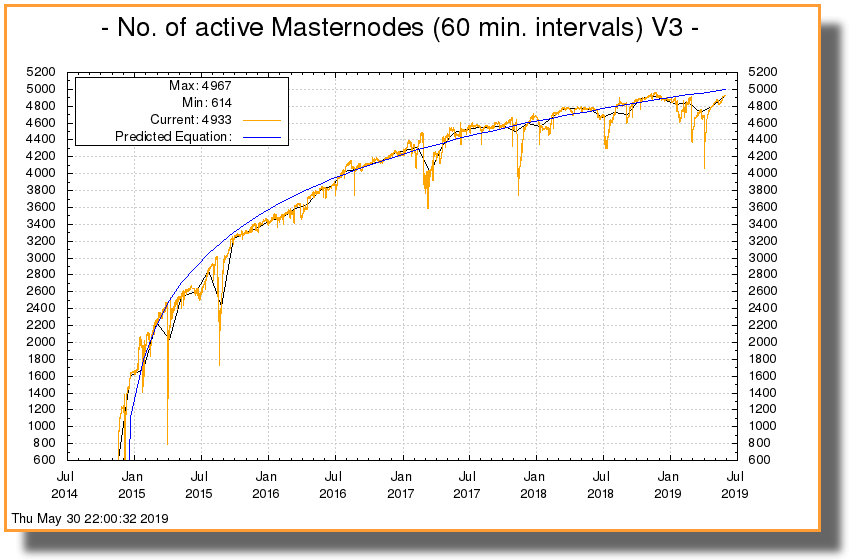 DASH appears to be transitioning away from its initial focus on privacy toward focus on converting users through incentives and a seamless user experience. 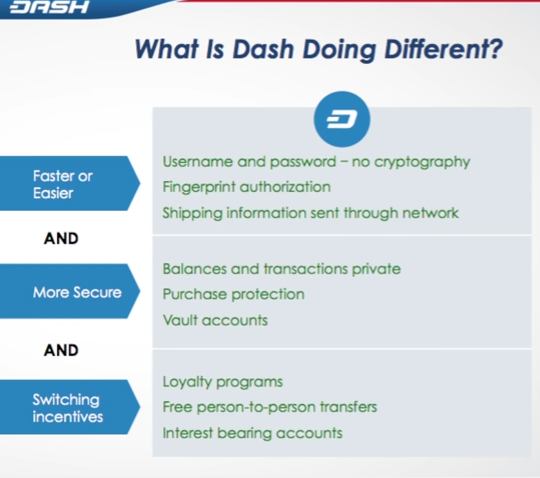 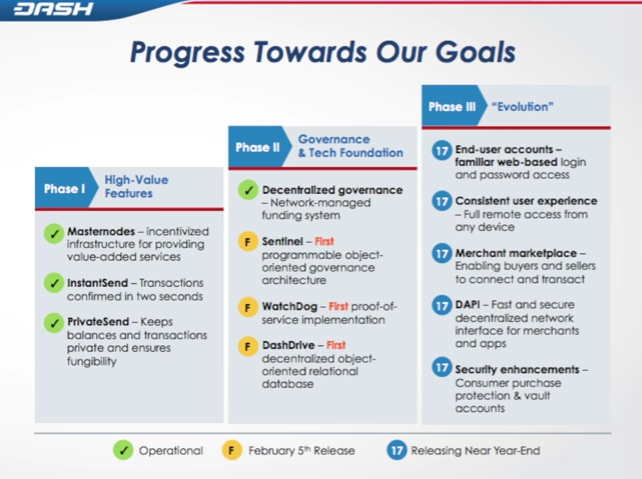 Before re-branding to Digital Cash, DASH was launched as XCoin and then shortly later re-branded to DarkCoin (DRK) due to its focus on anonymity.

During the initial launch, the XCoin blockchain got stuck and a relaunch was scheduled. Although DarkCoin was launched with no premine, there was a massive instamine of nearly 2 million DRK within the first day. With a current supply of ~ 7,100,000, this means that 28% of all DASH currently in existance was mined in a single day.

– High possibility that DASH supply is heavily centralized due to the instamine;

– Due to MNs earning 45 percent of block rewards, centralization of supply is only more likely to have increased;

– If MNs are heavily centralized, DASH’s alleged privacy features are at the mercy of whoever is operating the majority of MNs.

There is no way to verify or guarantee that each masternode is operated by a unique individual making DASH masternode system highly susceptible to forms of sybil attack.

After the instamine, DRK block emission was lowered from 500 DRK to 5 DRK and maximum supply was reduced from 80m to 20m.

Although centralization of supply does present risks, there are some resulting benefits in regards to price. Nearly 4000 MNs are active which means majority of the current DASH supply is ‘locked up’ resulting in lower amounts of DASH being available for exchange. This would allow DASH to have a more ‘inflated’ valuation per coin.

A sudden decrease in active MNs could signal a possible end to the recent increase in value that DASH has seen.

The DASH Evolution update aims to…

make digital cash easy to use and access for all users, even those who aren’t technologically savvy. Anybody will be able setup an account on the blockchain, add contacts and pay them by name. Purchases from websites or mobile apps will be simple, requiring only a single click.

Overall, the DASH development team has done an excellent job at improving DASH’s infrastructure and responsibly using funds. Now DASH is attempting to tackle the problem of user adoption by offering a faster, easier, more secure service with incentives in order to make DASH as consumer and merchant friendly as possible. Although DASH has an efficient governance model and funding model which Bitcoin lacks, whether DASH will manage to establish a significant user-base, remains to be seen.

A closer look at the origins of DASH can be found here.