Let’s talk a bit about some things we discussed about and some ideas for improving the strategy.

1- Fix “mainstream effect“: Some people thinks it exists and some others don’t. The truth is that we have found some interesting coincidences. Those who think “mainstream effect” exists say that hundreds of bots running the same strategy and buying and selling at the same points could make a huge pressure. 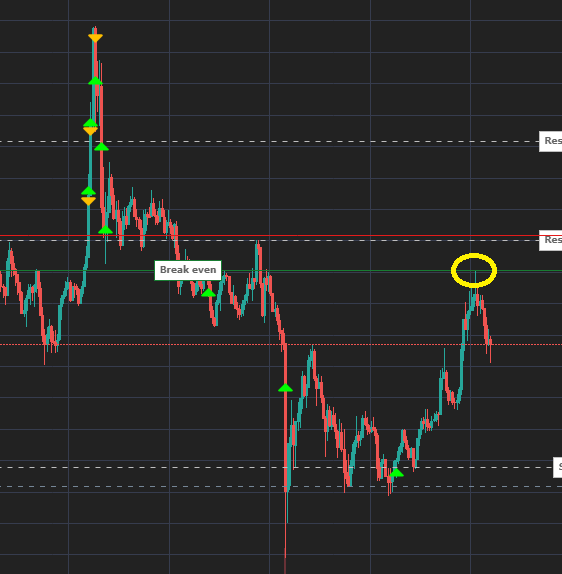 As you can see, when the price was about to reach to “profit zone” it was stopped. It could be just a coincidence, couldn’t it? Yes, it could, but take a look at this: 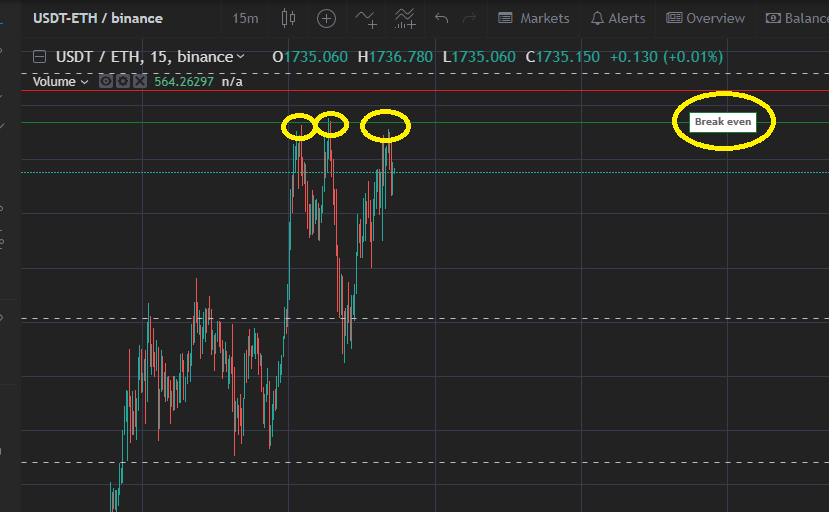 This time it was stopped up to 3 times, and it wasn’t able to pass through break even line. Do you still think it’s a coincidence? Maybe, but doing some simple maths, and supposing the average TL is 100 and the bot DCAed 5 times, there would be hundreds of bots selling 600$ at the same point, or at least in a very small price range. Could some hundreds of thousands of dollars act like some kind of resistance? We can’t be 100% sure but considering the reports we got experiencing this exact effect, I think it’s definitely worth to give it a try.

What we plan to do is to assign slighly heavier TL to deeper DCA levels. This should make the average bought price cheaper, and it should help to sell with profit faster.

2- Adjust Trailme range: Other idea we discussed about is to adjust Trailme range depending on the DCA level we are running. What we are trying to do here is to slow down DCA, and specially in deep levels, try to wait for a lower price instead of buying too fast.

3- Avoid buying while price is going down:  We are doing some tests with different indicators to try to avoid buying while the price is dropping. In the following pic you can see bot is doing a good job with the trades that are placed inside yellow rectangle, but it would be  nice if we could improve the trades made inside blue rentangle. 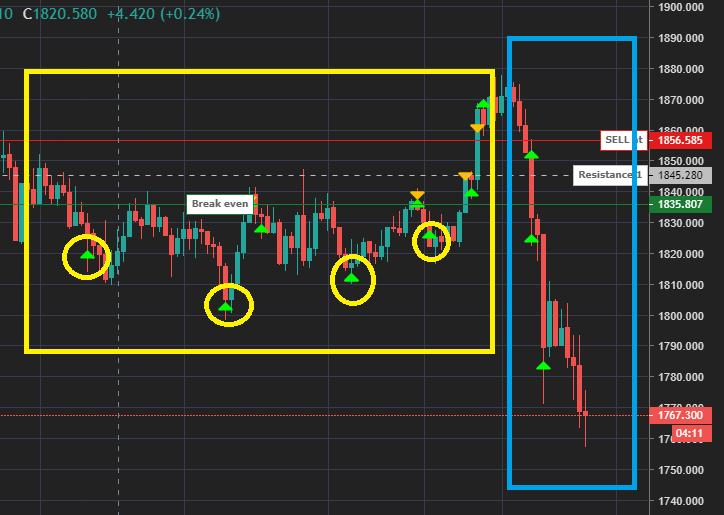 This is easy to say but not that easy to do, I mean, trying to slow down trades during a drop, could also affect the reactivity that worked fine in yellow rectangle. We will keep doing tests and we will try to get the best balance possible.

There are more things we are working on, and we will keep discussing them. In fact we plan to test 4 different variants with different features and see which one performs better.