Profit Screenshots:
Thanks to Aitor’s suggestion, I managed to update my GunBot version yesterday which fixed my issue with the PnL not working correctly. 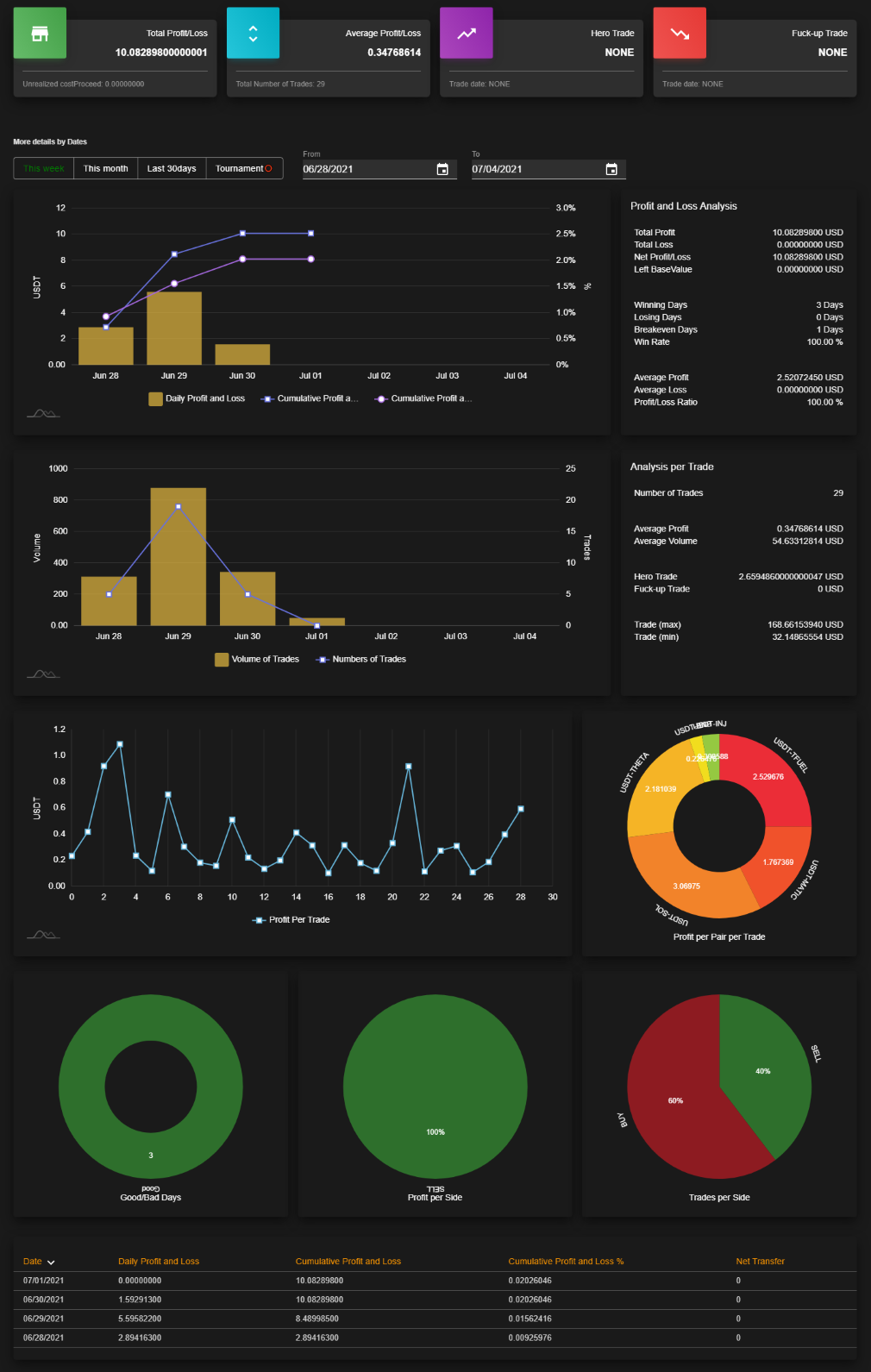 @Aitor, thanks for the suggestion about increasing TrailMe. I think it would be a great experiment, but I’m using V2 of this mutation so it’s probably not worth it as it might have different results on the newer versions. I do think it would be interesting to try though because looking at the buys circled in green below, I think it would lead to more lower buys than higher buys, meaning that overall it would help lower the break-even price even faster. I did a quick manual experiment on TradingView with the percentage tool, and it looks like increasing the TrailMe by 25% of its current limit could be beneficial, but it would need testing of course. 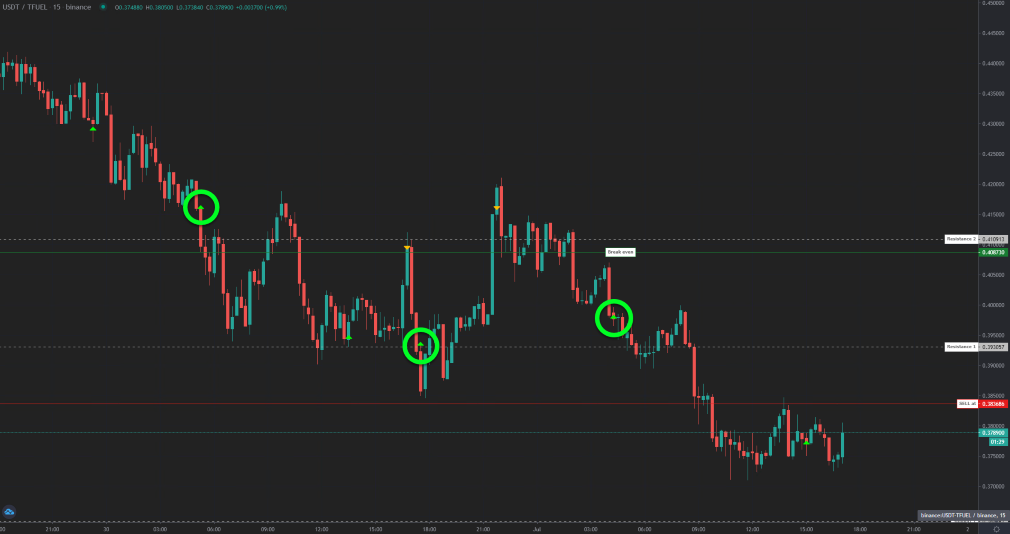 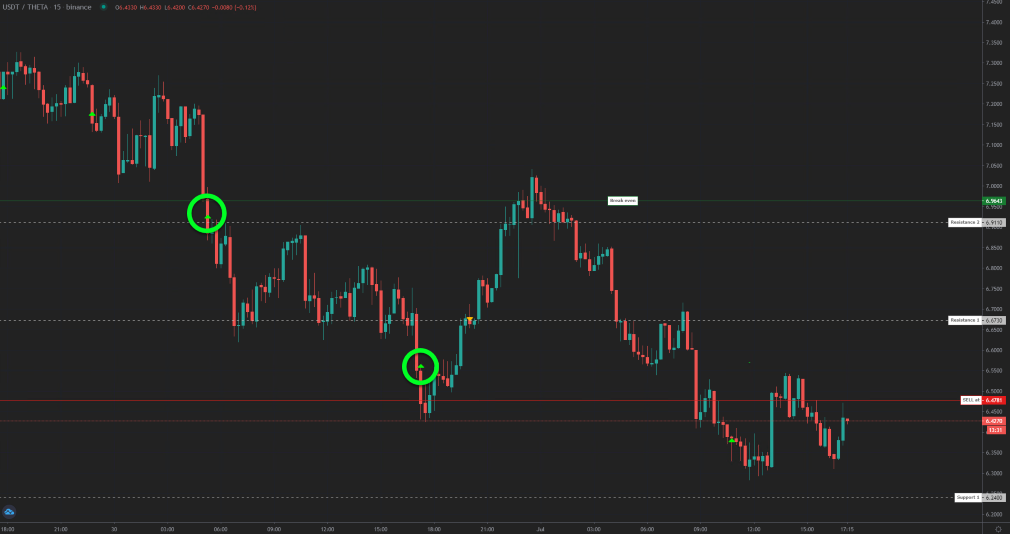 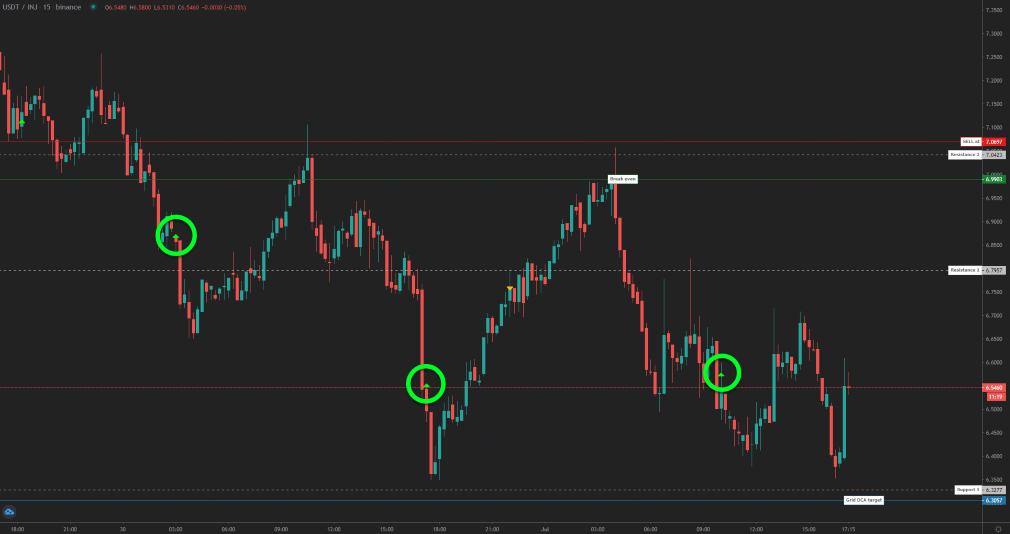